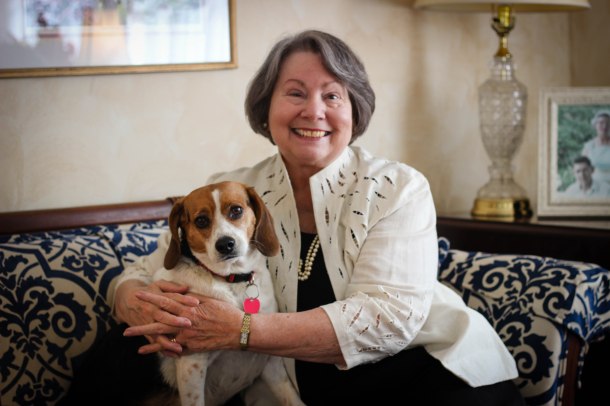 For over thirty years Sheila was a teacher. Her teaching experience shows a variety of interests and knowledge. She taught secondary English, writing, and drama classes in Spartanburg county schools. She also taught four and five-year-olds in a private preschool for four years. For over twenty years she was an adjunct instructor at University of South Carolina Upstate where she has taught freshmen composition and literature, language arts for the elementary teacher, reading for the secondary teacher, and world literature.  Children’s literature was her favorite course.  Who’s Who in American Colleges and Universities recognized her teaching skills. She is a member of the National Council of the Teachers of English, Children’s Literature Assembly, Emrys Foundation, South Carolina Council of Teachers of English, South Carolina Council of Social Studies and South Carolina International Reading Association.

Sheila has enjoyed reading from an early age and used trade books as a teaching tool in all of her classes. She delighted in the reactions of the college seniors when she introduced a lesson with a children’s book. As a University Supervisor she encouraged her student teachers to use storytelling to enhance their lessons. From one grandmother she learned to enjoy her family’s history through the telling and retelling of her grandmother’s stories. From her other grandmother she became quite addicted to historical novels at an early age. These interests and family influences led to her membership in the Kate Barry Chapter of the DAR in Spartanburg where she served as regent of SCDAR Kate Barry Chapter. She is also a member of the Daughters of the American Colonists Fort Congaree Chapter and the Magna Charta Dames and Barons.

Sheila supports education with her membership in Chapter D PEO, where she has served as vice president and chaplain. She is currently District II Director and State Constitution Chair. Sheila is a member of the Spartanburg County Historical Association Board and the Board Chair of The Children’s Security Blanket, a non-profit that helps families that have children battling cancer. She also holds the office of regent and The Fort Congaree Chapter of DAC. Sheila is state chairman of Colonial Heritage Committee of Daughters of American Colonists. She is also a member of Athenaeum Book Club.

She has poured her passions for reading, studying, and teaching into her home church. She has voluntarily taught all ages, from the toddlers to adult ladies, in Sunday School, led discipleship groups and women’s Bible study groups, and taught merit badges to scouts. She enthsusiastically celebrated the high school graduation of two students whom she tutored weekly for five years.

Sheila has used her editorial skills extensively as a teacher of composition. In the school year, 1990-1991, she worked in the education department at Wofford College to rework their Self-Study line by line, rewrote a new handbook, and created course syllabi. She has written for various church publications, copyedited for authors, and written as a ghost writer.

She married John Ingle in November, 1979. They have one son, Scott. All three enjoy reading, and Scott is following his mother’s life-interest in education. Sheila has lived in Spartanburg since she was three years old. Besides her family and church, she enjoys going to the beach, visiting Charleston, S.C., baking sourdough bread, and making strawberry and blackberry preserves.

Sheila is the author of Courageous Kate, a biography written for young readers. It is her first book. This book chronicles Kate’s courage as a wife, mother, and scout during the Revolutionary War in South Carolina. She sent the upcountry militia to General Daniel Morgan at the Battle of Cowpens. This book is in its third printing.

Since Courageous Kate was published, she has made author visits to schools, churches, DAR and DAC groups, book clubs, and Revolutionary War celebrations at various historical sites in N.C. and S.C. In her colonial costume, her presentations are not only about Kate Barry, but also about the courage and bravery of those that fought as patriots during the American Revolution. She taught a writing seminar to the Spartanburg Junior Writers and presented at the state conventions of the South Carolina Council of English Teachers and South Carolina Council of Social Studies Teachers in 2008.  She presented at the SCCTE annual conference in 2013 and 2014. She was a presenter at SCIRA annual conference in 2013 and 2014.

The National Society of the Daughters of the American Revolution presented Sheila with the Historic Preservation Award for “preserving the history of a South Carolina Heroine, Kate Barry, with her children’s book for all ages.”

In August, 2008, Hub City published a CD study guide for teachers based onCourageous Kate. Besides a PowerPoint presentation, it includes a plethora of both individual and group learning experiences for a unit on the Revolutionary War in the South.

In between finishing her second biography, she wrote an article for Sandlapper magazine entitled “The Class that Never Was.” This was the story of her father’s class at the Citadel and how Samuel Moore Collins and all the other juniors of the class of ’44 were taken out of their college career and sent to WW II. “Finding Mister Wright” was another historical piece about one of two houses in South Carolina designed by Frank Lloyd Wright; it was published in The Magazine of Greenville.Interviewing the contractor and current owner of this house introduced the author to this home’s sense of place.

Her second Revolutionary War fictionalized biography was published in July, 2011. It is Fearless Martha, A Daughter of the American Revolution.  Martha Bratton is another S.C. heroine, and she defies the British from her home in present day York County. With a sickle at her throat, Martha refuses to tell her husband’s whereabouts. Many details of life in the backcountry give the reader an insider’s look at the struggles and victories of this Scotch-Irish family. A teacher’s guide is available to download here.

In December, 2013, Sheila’s third book, Brave Elizabeth, was published. This is a biography on Elizabeth Hutchinson Jackson, the mother of President Andrew Jackson. This Scots-Irish Presbyterian woman who was a devout Patriot. She believed in the importance of education and made sure her sons received the available opportunities to learn at the church school in the Waxhaws. Sticking by family and friends was an honor and not a responsibility to her, as she struggled to survive in the Waxhaws of South Carolina during the Revolutionary War.