Welcome Home! And Thank You! 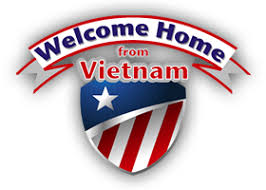 On Saturday, October 10, Kate Barry Chapter NSDAR celebrated our local Vietnam Veterans with breakfast and certificates of appreciation. Three local businesses, the Beacon, Cake Head Bake Shop, and Westside Chick Fil A, helped us. WSPA filmed some of the event and interviewed the veterans.

The 2008 National Defense Authorization Act authorized the Secretary of Defense to conduct a program to commemorate the 50th anniversary of the Vietnam War and “in conducting the commemorative program, the Secretary shall coordinate, support, and facilitate other programs and activities of the Federal Government, State and local governments, and other persons and organizations in commemoration of the Vietnam War.”

Our National Society Daughters of the American Revolution (NSDAR) were encouraged to become a commemorative partner, and my chapter did. A partner had the opportunity to assist a grateful nation in thanking and honoring our Vietnam Veterans and their families.

For several months, we worked with the local Vietnam Veterans group to thank and honor these men and women for their service.

It was pouring rain as the veterans arrived that morning; they had a short meeting, and then we invited them for a buffet breakfast of grits, eggs, bacon, chicken biscuits, fruit, and a variety of muffins. To quench their thirst, orange juice, iced tea, and coffee was available. It was wonderful to see some of them go back and fill their plates a second time!

With a few remarks, I introduced them to NSDAR and our purpose in promoting patriotism, helping to preserve American history, and promoting the education of this history. This is a 125-year-old lineage society. We trace our ancestors back to those Patriots that fought in the Revolutionary War, and we continue to reach out to local veterans to say thank you for your service.

Then we started giving out certificates of appreciation and lapel pins. These lapel pins were given to us from the Vietnam Commemoration Committee. The son, an eight-year-old cub scout of our Chapter Vice Regent, presented these in a dignified manner to each Vietnam veteran. He shook hands with each one, and big smiles were exchanged. It was an emotional time for all of us.

This lapel pin is symbolic. The eagle represents courage, honor and dedicated service to our nation. As one of the most recognizable and notable American symbols, it is emblazoned with distinction on numerous military insignia. The color blue matches the canton of the American flag and signifies vigilance, perseverance and justice. The circle shape and blue color also match the official seal of the Commemoration. Laurel Wreath is a  time-honored symbol representing victory, integrity and strength. The stripes behind the eagle represent the American flag. The six stars represent the six allies who served, sacrificed and fought alongside one another: Australia, New Zealand, the Philippines, the Republic of Korea, Thailand, and the United States. The message, “A Grateful Nation Thanks and Honors You,” is embossed on the back, closest to the heart of the veteran who wears it.

We also presented the group with a commemorative flag.

This war was fought on a tiny land mass and followed by citizens on nightly television. Movies tweaked the reality of those rice paddies and deadly land minds. Lyrics spoke against it, and politicians spouted words.

This version of the “We Gotta Get Out of This Place” music video was created by Patriots Point Naval & Maritime Museum as part of its ongoing effort to commemorate the 50th anniversary of the Vietnam War. The men who are featured in the video are all Vietnam Veterans who have helped to build the exhibit. “We Gotta Get Out of This Place” was one of the most requested songs by United States Armed Forces members

For those who spent time in the Hanoi Hilton and other camps, for those who gave their lives, and for those who returned home, I am so grateful. I honor you and thank you for your service.

Whatever our thoughts then and now of the US being involved in this war, we are late in saying thank you to the men and women that fought in Vietnam.

This YouTube video reminds us of the importance of this. It’s never too late to say thanks and welcome home!

Posted in Uncategorized and tagged "We Gotta Get Out of This Place", Kate Barry Chapter, NSDAR, Vietnam War, Vietnam War 50th Commemoration. Bookmark the permalink.
← Happy Birthday to our Constitution
A Living Link to the American Revolution: South Carolina’s Marsh Tacky →