“While I Breathe, I Hope”

In 1776, South Carolina adopted its Great Seal. There are two elliptical areas that are linked by the branches of the palmetto tree. The right area is the goddess of hope, Spes, with the Latin words, “dum spiro spero.” This translates into “while I breathe I hope.” On the left is engraved a tall palmetto tree and an oak tree that is fallen and broken with the words “animis opibusque parati”, meaning “prepared in mind and resources.” These two trees represent the Battle of Sullivan’s Island, fought on June 28, 1776.

This battle took place near Charleston, South Carolina, during the first British attempt to capture the city from American rebels. 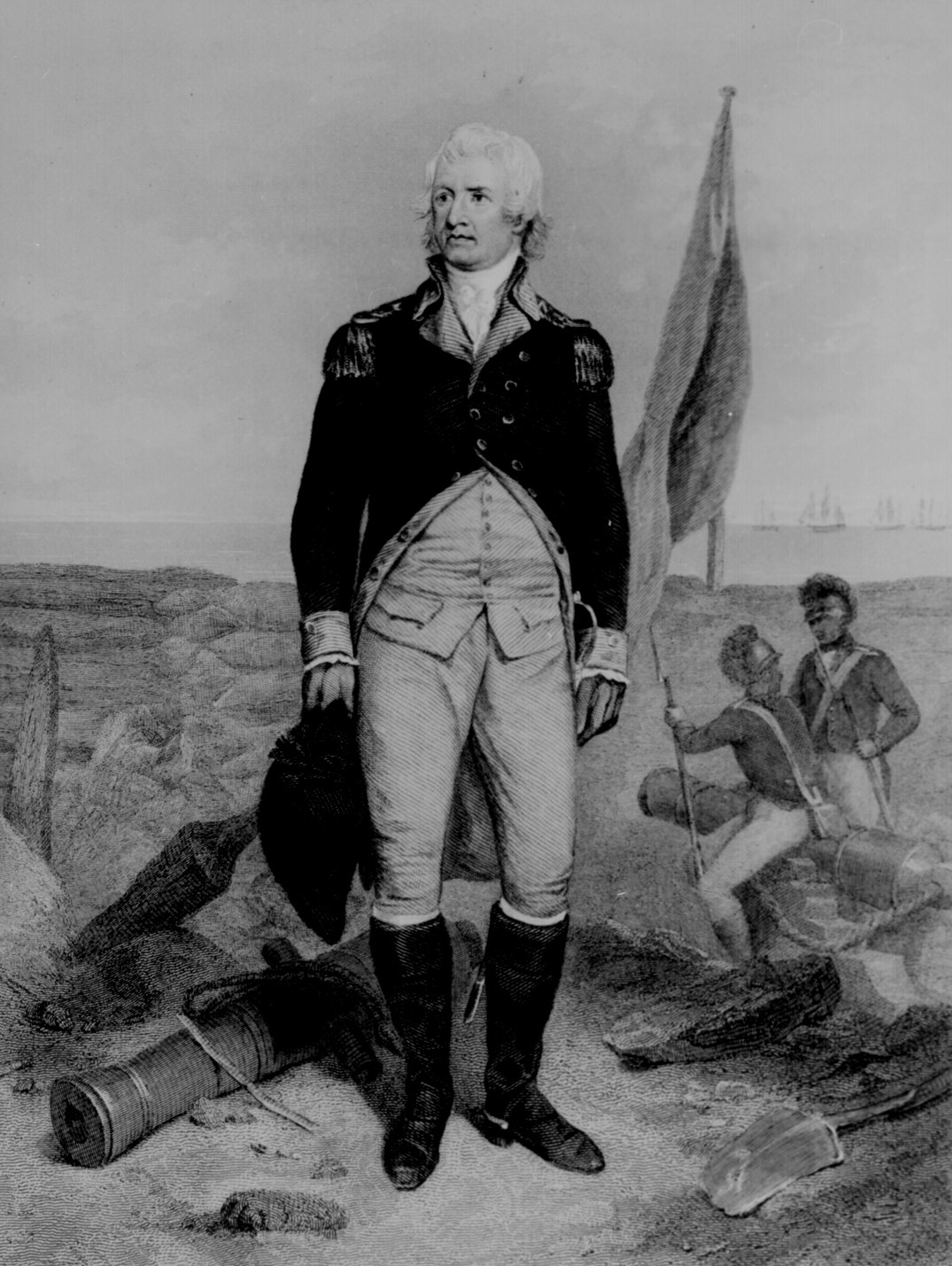 The Americans had completed only the seaward wall made from palmetto logs 20 feet long and 16 feet wide; the logs were filled with sand. General William Moultrie (in the above image) commanded the fort.

The British fleet sailed into the harbor to attack the fort. The fleet consisted of 9 man-of-war ships carrying 300 heavy cannon. The cannons were fired, but the balls from the ships’ guns were stopped by the soft, sand-filled palmetto logs.

During the conflict, a flag commissioned by the colonial government and designed by William Moultrie was shot away and fell down outside the fort. In the midst of the firing, Sergeant Jasper rushed out, seized the broken flagstaff, and again set it up on the rampart.

General Henry Clinton and his British troops landed on an island and tried to cross to the further end of Sullivan’s Island. Unexpectedly the water deepened, and the British had to jump aboard their ships to save themselves from drowning. General Clinton ordered a retreat, and the fleet sailed away from Charleston.

“Dum spiro sperot” is also the state motto of South Carolina adopted in 1776. When the Provincial Congress of South Carolina set up its independent government on March 26, 1776, this motto was placed on the great seal.

We have an artist friend, Kris Neely,  who paints a series on found wood that he calls the Guardians. They are appropriately angels. Last year, I bought one of his that has our state motto on it for my husband John. John is an artist and built his own Little House Studio in our back yard. I wanted him to have the encouragement of these words every day as he walked out of his studio.

Yesterday we took daughter Michelle and her family to see the movie Miracles from Heaven. This movie is based on a true story about the Beam family who faced their daughter Annabel’s fight against an incurable disease. Faith and hope fight against reality in this movie; faith and hope win when a miracle occurs.

One of my favorite Easter hymns has the words, “Because He lives, I can face tomorrow. Because He lives, all fear is gone. Because I know He holds the future. And it is worth the living just because He lives.” I recommend this family movie as one that will help you to choose to hold your family more tightly and not to miss an opportunity to hug and love them each and every day.

Here is an interview with the Beam family, not the movie family, that loudly speaks to a breathing hope.