Judith Giton: A Carolina Matriarch and Woman of Substance

In 1684, nineteen-year-old Judith Giton escaped from her home country, France, because of her religious faith. Choosing not to change her Huguenot religion to Catholicism, government restrictions curtailed their lives in France.

The Huguenots were followers of John Calvin and part of the Protestant Reformation. They believed in Bible study and prayer to guide their lives. Worshiping simply was important.

Under house arrest, with her mother Madeline and two brothers, Pierre and Louis, they all fled in the middle of the night with little more than the clothes on their backs. They had planned for weeks their escape route. Even though the guards pursued them, they were helped by sympathizers to their Huguenot faith.

Other Huguenots had left their homes because of the legal and financial harassment from the government that was meant to impoverish them. Over 200,000 fled; 2300 left for America.

Finally sailing from London, the voyage wasn’t easy. Scarlet fever ran rampant on the ship, and Judith’s mother died of this disease. With a layover in Bermuda, the three siblings arrived in Charles Town. They were penniless. This noble family worked the land to survive, and within two years, both brothers died. 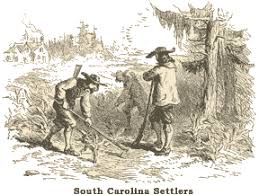 Pestilence, hard work, famine, and death were their companions. One new settler described his first impressions in a letter saying, “a sail from a boat was our first house and the earth our bed. A cabin like that of savages…was our second house.”

Judith married a man not of her social status; Noe Royer was a weaver; this was considered a mesalliance. He bought land and built a house on Church Street. The couple had three children.

Shortly, 35-year-old Royer died, and Judith married another French Huguenot named Pierre Manigault. Manigault was a cooper/barrel maker, and they had two children. Again she married outside her social status. Since Judith had inherited Royer’s house, they stayed there. She took in boarders for extra money. In a seaport town like Charles Town, there was always a full house.

Joining the French Huguenot congregation that met in its church building on Church Street, the blended family was faithful in attendance. Expanding his business to include distilleries, he was wealthy by 1710.

What a brave, single woman Judith was to leave for America; she survived by working hard and putting aside her nobility. She was one of the first women to begin a new life here. When Judith’s life was finally an easier one again, she died in 1711.

Little is known of Judith Giton’s life, and they are mostly facts. Below is a letter, written six years after her arrival, she wrote to the soldier brother that stayed in France; she describes her early life here. Judith was a survivor, and she chose a new life and independence here in America.

This South Carolina woman struggled, but never gave up. The understatements in it speak louder than the details she chose not to include.

“For eight months we had suffered from the contributions and the quartering of the soldiers, on account of religion, enduring many inconveniences. We therefore resolved on quitting France at night, leaving the soldiers in their beds, and abandoning the house with its furniture. . . . [They hid for ten days, then traveled from city to city to get out of France. At one point they were only 90 miles from where her brother, to whom she is writing, was stationed as a soldier.] Mother and I entreated my eldest brother to consent that we should go that way. . . . It was in the depth of winter. But he would not hear of it, having nothing in his mind but “Carolina,” and dreading to miss any chance of coming hither. The thought that we thus lost so good an opportunity to see you at least once more, has been a constant source of grief to me, ever since.

After this, we passed into Holland, in order to go to England. We were detained in London for three months, waiting for a vessel ready to sail for Carolina. Once embarked, we were miserably off indeed. The scarlet fever broke out in our ship, and many died, among them our aged mother. . . .

Our vessel put in [at Bermuda] for repairs, having been badly injured in a severe storm. Our captain . . . was thrown into prison, and the ship was seized. It was with the greatest difficulty that we secured our passage in another ship, for our money had all been spent. After our arrival in Carolina, we suffered all sorts of evils. Our eldest brother died of a fever, eighteen months after coming here. . . .

We ourselves have been exposed, since leaving France, to all kinds of afflictions, in the forms of sickness, pestilence, famine, poverty, and the roughest labor. I have been for six months at a time in this country without tasting bread, laboring meanwhile like a slave in tilling the ground. Indeed I have spent three or four years without knowing what it was to eat bread whenever I wanted it.

God has been very good to us in enabling us to bear up under trials of every kind.

The present French Huguenot church was built in 1844 and is located on Church Street in Charleston. It is the oldest Gothic Revival Church in South Carolina. This congregation is Judith Giton’s congregation, and it is breath-taking.

I applaud the Giton family’s move to the colony of Carolina. Walking away from what was known and familiar to a world that held a slew of unknowns took courage. Judith Giton worked hard to survive; this matriarch of the Manigault family has influenced our state for the better.

As Helen Keller said, “Remember, no effort that we make to attain something beautiful is ever lost.”