Today is my brother’s birthday, and he is celebrating it in heaven. I have been flooded with memories of our childhood.

He loved the outdoors. In our early years, it was playing Daniel Boone or the Lone Ranger. Fess Parker and Clayton Moore modeled lives of being brave and helping others; our interpretive versions became a different reality in the woods of the vacant lot across the street from our home. We used old brooms for horses. Critt had a holster set with two pistols for his role as the Lone Ranger and a wooden rifle and coonskin hat for Daniel. We hid behind tree trunks and whispered secret messages, so we could outwit the enemies that were stalking us. Then we would race and jump behind a stump or a fallen log.

Critt would usually carry his canteen, so we wouldn’t have to go across the street to civilization and drink out of the hose in the front yard. He pretended to build fires to keep us warm or for me to cook on. As we grew older, other children in the neighborhood joined in our sojourns in the back woods.

On January 31, 1933, The Lone Ranger premiered on the radio. It immediately became popular with adults, as well as children. An announcer introduced each episode with similar words, “In the early days of the western United States, a masked man and an Indian rode the plains, searching for truth and justice. Return with us now to those thrilling days of yesteryear, when from out of the past come the thundering hoof beats of the great horse Silver! The Lone Ranger rides again!”

Ten years later, the show became an instant hit on television, and a new introduction was memorized by the fans. “A fiery horse with the speed of light, a cloud of dust and a hearty Hi-Yo Silver! The Lone Ranger! … With his faithful Indian companion Tonto, the daring and resourceful masked rider of the plains led the fight for law and order in the early western United States! Nowhere in the pages of history can one find a greater champion of justice! Return with us now to those thrilling days of yesteryear! From out of the past come the thundering hoof beats of the great horse Silver! The Lone Ranger rides again!”

Yesterday someone reminded me of the back story of The Lone Ranger. He was the only survivor of an attack on a group of six Texas Rangers. In 1823, Stephen Austin initiated this law enforcement group. Except for during the Civil War, this agency has continued to both investigate and bring to justice criminals in Texas.

At Bryant’s Gap, a band of outlaws ambushed these six Rangers in the series. They all died, except for the one Lone Ranger. Included in those killed was Daniel Reid, the Lone Ranger’s oldest brother. Tonto finds the slaughtered men and saves the life of the one barely alive. Burying the others and digging a sixth grave, so it would appear that all had perished, Tonto nurses the lone survivor. With part of his brother’s vest, the younger Reid brother fashions a black domino mask and vows to hunt down Butch Cavendish and his gang of outlaws. 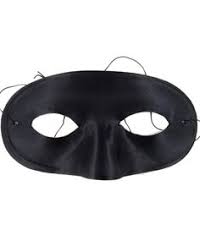 The opening theme from “The William Tell Overture”; the wondrous horse, Silver, described by the show’s announcer as “a fiery horse with the speed of light and thundering hooves”; Tonto’s name for the Ranger, “Kemo-sabe”; the silver bullets; and the Ranger’s vow of refusing to shoot to kill and never removing his mask (unless in disguise) brought the wild west to our home on Penarth Road. Sitting on the floor beside our dad’s chair, the wild, wild west enthralled us all.

By the way, I was Tonto. Tightly putting my hair back in a pony tail, I would tie ribbons around it. My lines always ended in “Kemo sabe,” except when I was talking to my horse Scout.

Kemo-sabe is Potawotamie for “trusty scout” and others say “faithful friend”. Jay Silverheels was a descendant of the Mohawk tribe, and those words describe his role in this series. With my coal-black hair and olive complexion, I could pass for a Native American.

In looking for pictures for this article, I found this poem. Fran Striker, the American writer for radio and comics, who created the characters of The Lone Ranger, Green Hornet, and Sergeant Preston.

The Lone Ranger Creed
By Fran Striker
(circa 1933)

“I believe that to have a friend, a man must be one.

That all men are created equal and that everyone
has within himself the power to make this a better world.

That God put the firewood there but that every
man must gather and light it himself.

In being prepared physically, mentally, and morally to
fight when necessary for that which is right.

That a man should make the most of what equipment he has.

That ‘This government, of the people, by the people and
for the people’ shall live always.

That men should live by the rule of what is best for the greatest number.

That sooner or later… somewhere…somehow…
we must settle with the world and
make payment for what we have taken.

That all things change but truth, and that truth alone, lives on forever.
In my Creator, my country, my fellow man.”

This creed speaks to me today of a man who chooses to make a difference. As C. S. Lewis said, “Integrity is doing the right thing, even when no one is watching.” So as in our childhood, my brother and I played at doing good things, I applaud his doing good things as an adult.

Posted in Uncategorized and tagged C. S. Lewis, Clayton Moore, Fess Parker, Fran Striker, Silver, Texas Rangers, The Lone Ranger, Tonto. Bookmark the permalink.
← He Doffed His Hat To Me!
“And They’re Off!” →