“I got sick crossing the English Channel. All the men got sick because the waves were high and kept crashing into our boat.

Our ship was full of men, vehicles, equipment. We landed in Rouen, France, on December 1, 1944, and we disembarked on December 2.

We set up our general headquarters in a small building next to the main house on a large farm. The smell of the former inhabitants, cows and horses, permeated the space, but we were grateful to be out of the cold.

The small box that held my switchboard needed to be protected. I sent and received messages during my shift with it. As a radio operator, I transmitted to the battery and division headquarters. Those messages kept up connected with one one another at all times.

Sometime earlier, the farm had been attacked; the fields and buildings were badly damaged. My unit was called the 334th Field Artillery Battalion. Our mission was to support the 345th Infantry. As we unloaded the trucks, we could hear the light and heavy artillery in the east.

There were hills around that farm. All night long, the booming of the cannons pounded our ears from those hills. Their howitzers and our howitzers were in a relentless drumming contest. Sometimes they sounded like thuds and then like whams. I could recognize the sounds of our American cannons. Our howitzers sounded stronger to me. No one slept. 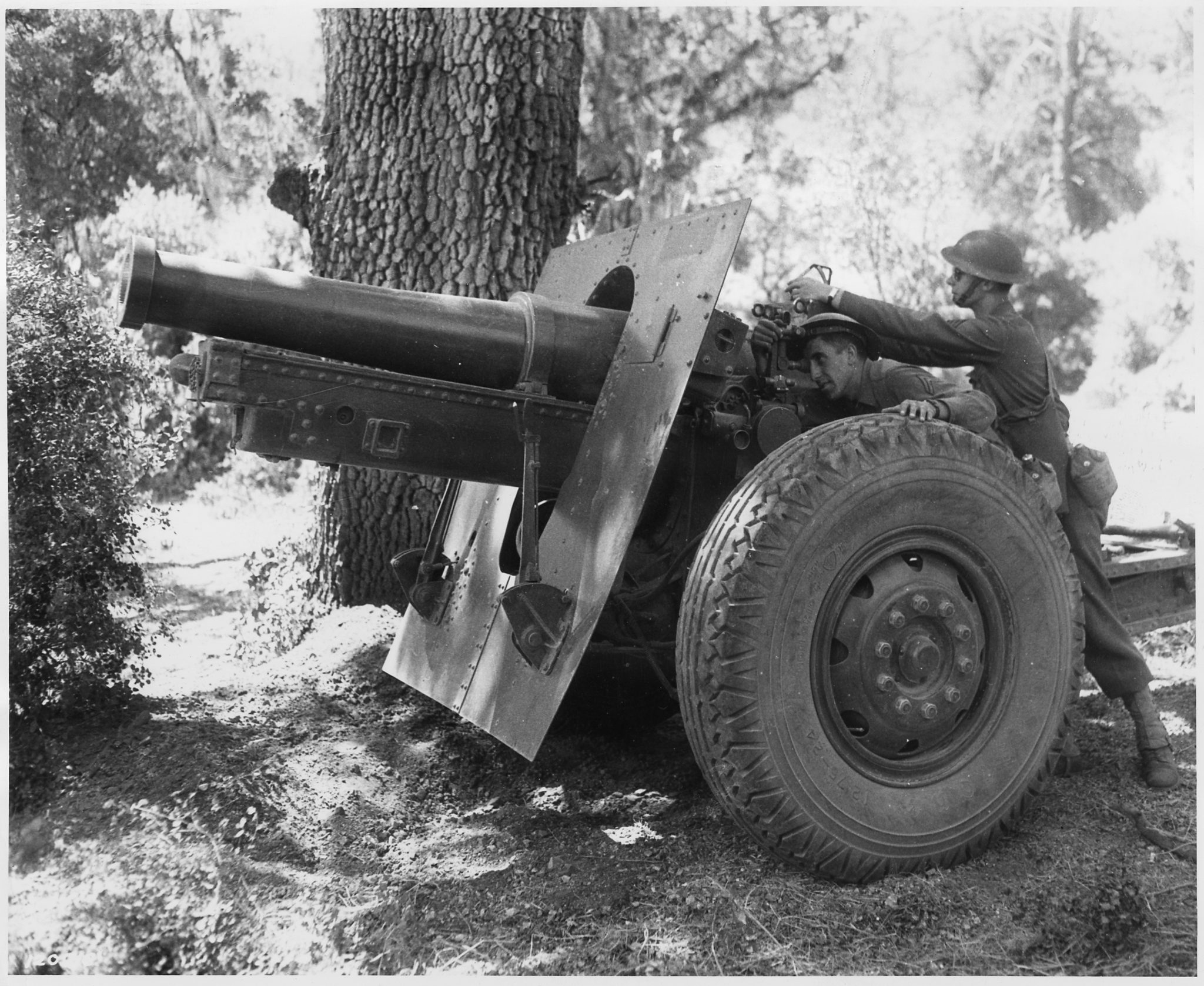 I had been on duty taking and sending calls since midnight. My switchboard was set up about ten feet inside the building. It was early morning, and I was ready for breakfast and a break. Suddenly enemy bombing started again!

I was in the Coast Artillery at the Citadel.; I had trained on the large artillery and recognized their sounds. The Jerries had zeroed in on us right at breakfast time. Many soldiers were standing in line with their mess kits to get breakfast from the mess truck.

I heard the whine! My training kicked in, and I hit the ground. Before I covered my head, I saw dirt flying up in the air and men running for cover.

Men fell, where minutes earlier they were standing, drinking coffee, and talking. Several soldiers piled in around me, and others ran under trucks and toward the cellar for protection.

The enemy had us We were in the sights of their artillery at chow time with no cover. In minutes, the barrage was over. Our howitzers began firing back; the firing wasn’t one-sided any more.

We all ran to help our buddies. A shell had fallen on a truck cab; it had instantly killed the me inside. medics grabbed stretchers and carried the wounded from the breakfast line to a makeshift clinic. We put out fires. Order reigned again, but lives had been lost.

Within feet, I saw friends die. It was all about where we were standing.

I have never forgotten.”

Thank you for your service, Daddy!