Over the past week, I have been slammed with reading about kindness or hearing stories about how being kind can change lives. I thought I would share a few with you.

I read a story about a bubbly, older woman visiting a book store. Talking to the clerk, she added chocolate to her stack for her husband waiting patiently in the car. Then a college student slammed down heavy tomes on the counter beside her. Looking at his face, she grabbed up the books and said, “Put these on my bill.” The young man loudly protested, but she was determined. She decided he needed chocolate candy, too. As he walked out the door with his sack, he turned back to her with an uncertain smile, “Bless you, ma’am.”

“Why did you do that, ma’am? Wasn’t that a little crazy? You didn’t know that boy from Adam’s house cat,” asked the woman, as she packed up the smiling customer’s buys.

“Oh, my son is incarcerated now. Drugs just took him over. Nothing we could do or say helped him. I tried to bring him up right, love him, and teach him the difference between right and wrong, but somehow he chose another path. Maybe, just maybe, if someone had been kind to him, it would have made a difference.”

Still smiling, she reached inside her purse and handed the clerk a piece of chocolate. “Be kind,” and she bounced out the door.

Then this morning, our teacher read the familiar story of the Good Samaritan, as part of our lesson. There was a little bit of enmity between the Samaritans and the Jews, and that is putting it mildly. Luke 10 describes a Jewish traveler who is attacked by thieves and left by the road for dead. First, a Jewish priest and then a Levite see the man and walk on by. Next a Samaritan journeyed on that same road, saw the naked and bruised man, stopped,  and put oil and wine on his wounds. But that wasn’t all; the Samaritan took the hurt man to an inn to be cared for and paid for his stay. Jesus tells us to do the same as the Samaritan and be kind. 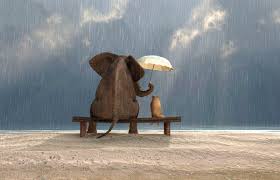 We have precious neighbors: Emily and her three children are the best. We hadn’t been home long today when Emily, her eight-year-old daughter Eliza, and cousin knocked on the door. They had seen our dogs Kita and Folly in the middle of one of the roads close to our house. There are plenty of neighborhood dogs around us, and all enjoy walking. With two days of rain, there had been no walks. Somehow the two escape artists opened the gate and found freedom. The girls wanted to help catch them and were following John when the two dogs came bounding up the sidewalk. Sweet Eliza told me we were always doing nice things for them, and today was their day to help us. Emily and I both smiled at that.

What a sweet heart this child has! She knows about being kind.

Do you remember a movie called “Pay It Forward?” A teacher gave an assignment to his class middle schoolers to design a project that would change the world. Seventh grade Trevor decides that good deeds for others would be a novel adventure. The title of the movie is the title of his project. And, yes, kindness changes lives even in a movie.

“You cannot do a kindness too soon, for you never know how soon it will be too late.”
― Ralph Waldo Emerson

Seems like kindness should be our first choice…. will you join me?