Most of us are familiar with St. Francis of Assisi being the patron saint of animals in the Catholic Church. Born into a wealthy family around 1181 in Assisi, Italy, he abandoned this life of luxury after hearing the voice of God. God told him to rebuild the Christian church and to take a vow of poverty. 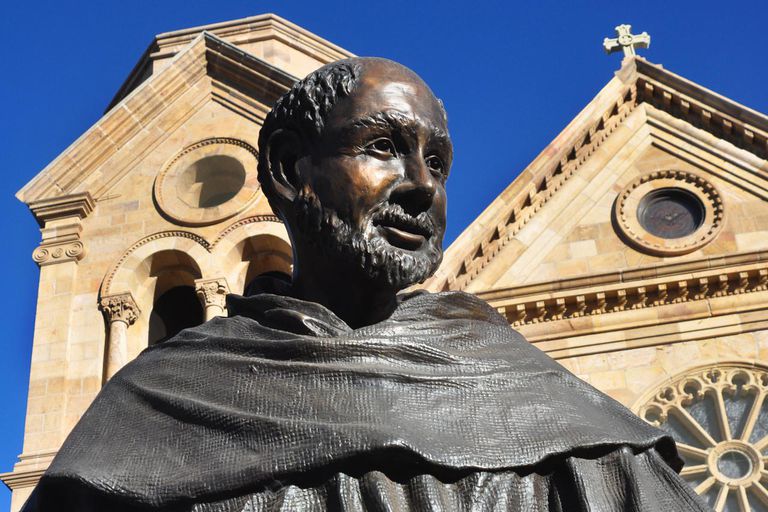 He became known for his compassion for the vulnerable, especially poor people, sick people, and animals. Starting the Franciscan order with eleven men, he chose to live in poverty but practice charity. The friars wandered and preached among the people, helping the poor and the sick. They supported themselves by working and by begging for food, but they were forbidden to accept money either as payment for work.

His faith in God and belief in his watch care was strong St. Francis said, “Start by doing what is necessary, then what is possible, and suddenly you are doing the impossible.”

During this time, church services were conducted in Latin. Because of a lack of education, the common folk could not understand either the Bible reading or the sermons.

It has been said Francis was inspired with a new understanding of Jesus’ birth after visiting the historical place of Christ’s birth on a pilgrimage to the Holy Land—that humble stable in a Bethlehem cave.

He said, “I want to do something that will recall the memory of that Child who was born in Bethlehem, to see with bodily eyes the inconveniences of his infancy, how he lay in the manger, and how the ox and ass stood by.”

Becoming concerned about his parishioners not understanding the Christmas story, St. Francis had an idea to make the extraordinary story of the first Christmas one that everyone could understand.  He set up the first nativity scene in 1223 for the Christmas Eve mass.

With permission from the Pope, he asked his friend John Velita to loan him some animals and straw to set up a scene to represent Jesus’ birth in Bethlehem.

Setting up in a cave outside the town of Greccio, there was a wax figure of the baby Jesus. Dressed in costumes, a man and woman portrayed Joseph and Mary. A live donkey and an ox were added to the scene. Nearby were local shepherds with their own sheep.

Frances told the congregation the Christmas story from the Bible. He went on to the importance of what belief in the baby born in a manger in Bethlehem would make in their lives. Urging people to believe in the miracle, he urged people to embrace the love of God.

“All the darkness in the world cannot extinguish the light of a single candle,” said Francis, and he meant to be one candle.

Saint Bonaventure wrote a biography of Francis, and he described this night with these words.

The brethren were summoned, the people ran together, the forest resounded with their voices, and that venerable night was made glorious by many and brilliant lights and sonorous psalms of praise. The man of God [Francis] stood before the manger, full of devotion and piety, bathed in tears and radiant with joy; the Holy Gospel was chanted by Francis, the Levite of Christ. Then he preached to the people around the nativity of the poor King; and being unable to utter His name for the tenderness of His love, He called Him the Babe of Bethlehem.
Word of this first nativity spread across Italy. By the next year, most churches had their own nativity either on the grounds or inside the church. Soon people in other European countries were setting up live nativities to celebrate Christmas. Whether in churches or town squares, the main characters were always present. 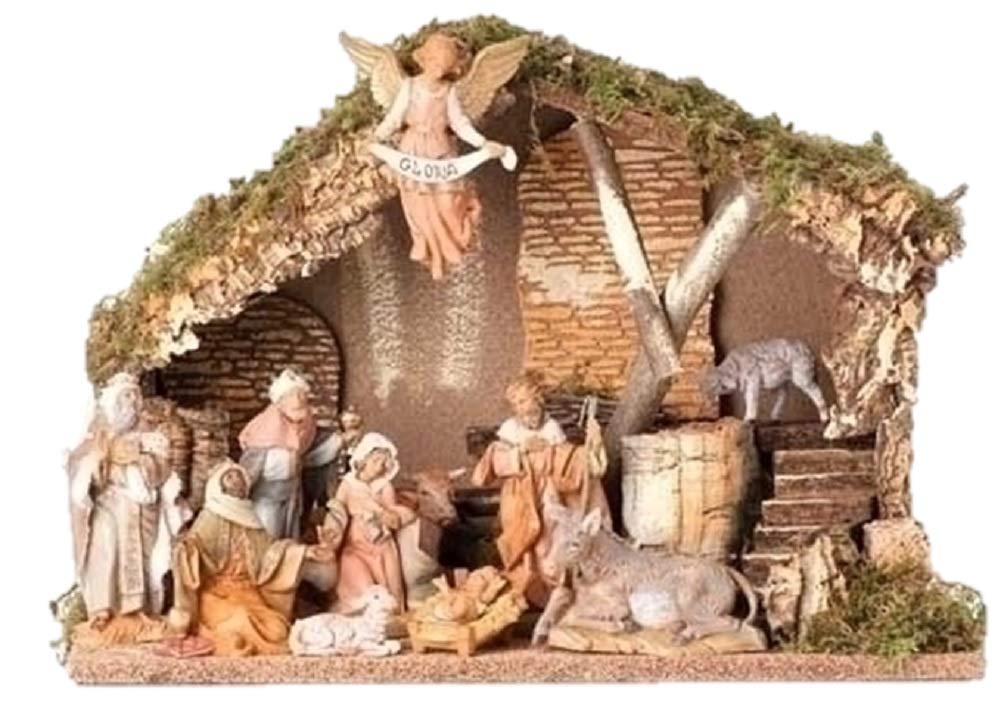 Today, eight hundred years later, we also have nativities in our homes. This is one of the first Christmas decorations that we put out. My Fontanini set has become a treasure. Starting our first Christmas as a married couple, John and I added several pieces every year. He made our stable, and we have an assortment of characters, including camels, donkeys, and dogs. Since it is made from wood, it is child proof, and we keep it on a short table for easy access. It is fascinating to listen to children playing with the nativity and moving the figures around

Francis of Assisi walked the walk he preached. We can learn from his example.