March Madness and St. Patrick’s Day are just around the corner.

Some famous people were born in this month, e.g. President Andrew Jackson, singer James Taylor, composer Andrew Lloyd Webber, scientist Albert Einstein, and author Dr. Seuss. Women’s History Month claims this month as its own, and daffodils are its flowers. They are a symbol of friendship.

Though their botanic name is narcissus, daffodils are sometimes called jonquils, and in England, because of their long association with Lent, they’re known as the “Lent Lily.”

Lore connecting the daffodil to not only a sign of winter’s end but a lucky emblem of future prosperity is found throughout the world. In Wales, it’s said if you spot the first daffodil of the season, your next 12 months will be filled with wealth, and Chinese legend has it that if a daffodil bulb is forced to bloom during the New Year, it will bring good luck to your home.

March was my grandmother’s favorite month. She lived on a dairy farm in Shelbyville, Kentucky, and winter weather had its own staying-power there. The blooming daffodils in our yard were usually about three weeks ahead of hers. Lulu would call my mom with the definitive morning when her daffodils opening their sunny blossoms. Sometimes they were covered with snow, but Lulu was ecstatic to see those harbingers of spring.

I am pleased that my daffodils, transplanted from where I grew up, survived the cold rain from last week. Some are limping along and hardly raising their heads to the skies, but their cheerful, yellow stands out in the brown and dreary yard, a welcome sight.

In sixth grade, my teacher had us memorize a poem every month and recite it in front of the class. “I Wandered Lonely as a Cloud” was her pick for March. Some of the lyrics are still stuck in my head.

“I Wandered Lonely as a Cloud”

I wandered lonely as a cloud

That floats on high o’er vales and hills,

When all at once I saw a crowd,

A host, of golden daffodils;

Beside the lake, beneath the trees,

Fluttering and dancing in the breeze.

Continuous as the stars that shine

And twinkle on the milky way,

They stretched in never-ending line

Along the margin of a bay:

Ten thousand saw I at a glance,

Tossing their heads in sprightly dance.

The waves beside them danced; but they

Out-did the sparkling waves in glee:

A poet could not but be gay,

In such a jocund company:

What wealth the show to me had brought:

For oft, when on my couch I lie

In vacant or in pensive mood,

They flash upon that inward eye

Which is the bliss of solitude;

And then my heart with pleasure fills, 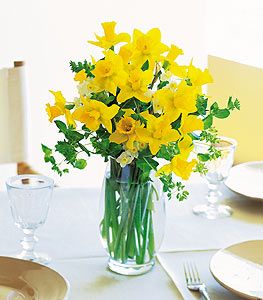 Children of all ages enjoy the books written by Dr. Seuss or Theodore Giesel.

Across America today, millions of people will share a good book to celebrate Dr. Seuss’ birthday.

School children will don the clothes and persona of one of his characters and take their favorite book to school to share with the class. (On Facebook this morning, I saw some of these pictures.) In some classes, green eggs and ham might be served. (Green Eggs and Ham was the result of a bet to the author that he couldn’t write a book using only 50 simple words; Dr. Seuss proved him wrong.)Parents and other volunteers will read his books to small groups. Picking out a favorite character, “I Am” poems will be written. Cat in the Hat hats will be crafted out of red-and-white construction paper. Plenty of coloring pages, story maps, and word-searches for the author’s made-up words will be available for small groups.

NEA (National Education Association) set up The Read Across America seventeen years ago to encourage children to keep reading and learning, and the celebration date is Dr. Seuss’ birthday.

Read Across America expects more than 45 million readers throughout the country both young and old to pick up a book and read today.

When I taught a reading class for secondary teachers, I encouraged them to look at picture books as viable options to introduce a new topic. Dr. Seuss’ The Lorax has potential for a science classroom. In a history class, a teacher might share The Butter Battle Book when studying the Cold War or The Sneetches with Hitler and his anti-Semitism. Quotes from his books are perfect to use as a prewriting activity in an ELA classroom. Oh, the Places You’ll Go is a popular, high school and college graduation present.

“You have brains in your head. You have feet in your shoes. You can steer yourself any direction you choose. You’re on your own. And you know what you know. And YOU are the one who’ll decide where to go…”  Oh, the Places you will Go

Enjoy this YouTube video of one of my favorite authors.

His books make all of us smile. Thank you for each one of the books you wrote and illustrated, Dr. Seuss!

Posted in Uncategorized and tagged Cat in the Hat, Dr. Seuss, Green Eggs and Ham, March 2, Oh, Read Across America, The Lorax, the Places You will go. Bookmark the permalink.