“Joy to the World”

This favorite Christmas carol was written by Issac Watts (1675-1748). It was part of the Psalms of David Imitated that was published in 1710.

This man was weak and sick all his life, but he had a strong mind. He loved poetry and music. At age fifteen, he complained about the songs sung in church. One of the deacons replied, “Give us something better, young man.” Taking the challenge seriously, he wrote his first psalm imitation that afternoon, and it was sung that night in the evening church service.

Joy to the World is the paraphrase of the last half of Psalm 98. The author transformed the old Jewish psalm of praise for some historic deliverance into a Christian song of rejoicing for the salvation of God that began when Jesus came “to make his blessing flow far as the curse is found.”

At the age of forty-five, he sat under a favorite tree on the Abney estate-property of the close friends with whom he lived-and penned the now famous words of “Joy to the World.”

Isaac Watts was the author of around 750 songs and is commonly called “The Father of Hymns” due to his popularity as the first English hymn writer. A few of his most well-known songs still sung today include: Come ye that Love the Lord; When I Survey the Wondrous Cross; At the Cross.

Issac Watts became a preacher, but he continued to rewrite the Psalms in musical form. Most hymnals include more hymns by Watts than any other author.

“Joy to the World” is the earliest New England Christmas carol still popular today. Some confusion still persists about this popular carol which has the tune title of ANTIOCH. Lowell Mason, born in Medfield, Massachusetts, 1792, arranged the tune.

Both of his parents sang in their church choir and his father played the bass viol. At a young age Lowell learned to play several instruments, attended a singing school taught by Amos Albee and studied composition with composer Oliver Shaw. At the age of 16 he became the choir director of his church choir and two years later directed the Medfield town band. 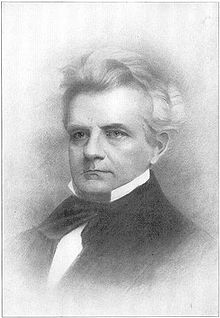 To Lowell’s amazement his collection of hymn tunes, published in 1822, became an instant hit (eventually encompassing over 20 editions and selling over 50,000 copies, an astonishing feat in those days).

Enjoy this singing of “Joy to the W0rld.”