John celebrates his birthday in February, as do I. And then we also have the valentine holiday in between.

Earlier today, he told me what he wanted for his birthday, which is today. He would like for us both to stand outside on the stoop of my study/office/sun porch and face his Little House Studio. Then I am to sing “Happy birthday” to him. I like the idea, but believe I will wait until the neighbors are off to work.

In his play, Much Ado About Nothing, William Shakespeare asks the question,

“Why, what’s the matter, That you have such a February face, So full of frost, of storm and cloudiness?”

Yes, it is another February day, but it isn’t cloudy or cold! The weatherman is calling for our third day of temps in the 70’s. What a wonder and blessing!

William James said, “The art of being wise is knowing what to overlook.”

The daffodils in my yard would agree, since they are half out of the ground. They obviously don’t know that it is only February 7. And one of the forsythia bushes has one, bright, yellow bloom. New growth on bushes and blooms on some of our neighborhood trees also are in agreement.

So what about Groundhog Day this year? Punxsutawney Phil could not find his shadow only five days ago. And as the legend goes, this means we’re in for an early spring.

This animal oracle was officially named in 1887 by a group of groundhog hunters, and next year this prognosticator still celebrates years of hits-and-misses.

Believe it or not, Groundhog Day has its roots in the ancient Christian tradition of Candlemas Day. The clergy would bless and distribute candles needed for the winter. These candles were always long, and many, because expectations were clear for a cold winter.

This Christian holiday is celebrated annually, mainly in Catholic and Church of England congregations, on February 2. It celebrates three occasions: the presentation of the child Jesus, Jesus’ first entry into the temple, and the Virgin Mary’s purification. There is emphasis on Jesus being the light of the world, and so the candles become important.

Germans pushed this thought a bit further by selecting a hedgehog for predicting the weather. When German settlers came to America, they continued the tradition, except they switched to the groundhog predictions, which were more plentiful than hedgehogs.

Seems like Mister Rogers believed in spreading light, because it was always a “beautiful day in the neighborhood.” So shall we choose light today? And shall we share light?

He Doffed His Hat To Me! Walking toward the visitor’s center at Musgrove Mill Historical Site on Saturday, I met a re-enactor. He, not only bowed to me, but doffed his hat! In response, I nodded my head. 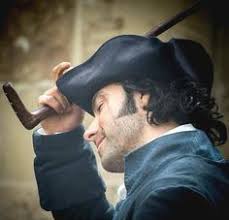 The action of respect took me aback. Silent words of greeting were spoken, and for a moment, I felt like a queen. No, I was not attired as one; there was no crown on my head or long gown trailing behind me, but my presence had been noted with 18th century courtesy. In those years, this cultural expression was one of recognition, respect, gratitude, or simple greeting between two persons.

In retrospect, I believe I might have straightened my shoulders a bit and walked on with a slight smile. The unexpected salutation made me more aware of the manners that have changed in our world.

There is a connection between doffing and donning. One of the first uses of it in print can be found in Sir Thomas Malory’s Le Morte D’Arthur, published around 1470. He wrote, “Doffe of thy clothes, And knele in thy kyrtylle” (tunic or petticoat). 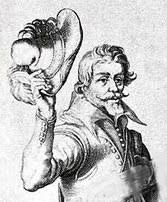 The English bard, William Shakespeare, frequently used  ‘doff,’ often in a figurative manner. In the balcony scene of Romeo and Juliet, Juliet entreats Romeo to change his name with the words, “Romeo, doff thy name.” In the The Taming of the Shrew,  Baptista chides the bridegroom with “Fie, doff this habit, shame to your estate”.

Obviously, we can don hats, clothes, or even character traits. Equally easy, all can be later doffed. These archaic words simply describe the actions of “do on” or “do off.”

A minister calling on a parishioner

From the 16th to the 18th centuries in England, the donning and doffing of hats was governed by a code of etiquette and custom that it is hard for us now to appreciate. Each man of standing wore a hat, and the form of hat and the rules were a part of society. This custom filtered down in society to the working classes, who greeted the gentry with a doff.

English settlers brought this custom with them, and polite society expected this courtesy on a new continent.

In the 21st century, men no longer routinely wear hats. Both my grandfathers and great-grandfathers traditionally wore hats when they left their homes. When they entered a building, they removed their hats. My dad owned a few hats and wore them occasionally for specific times; he owned a rain hat, a golf cap, a Master’s hat, and a Derby hat. Slowly hats have lost their places.

Whether a national leader or a farmer, men doffed their hats well into the 20th century.

On July 4, 1892, there was a joint meeting to celebrate our nation’s birthday. This clear, sunny day was lightened with a calm breeze off the Potomac River.

A Chaplain gave directions for the order of the processional to the monument, and the men and women, on foot and in carriages, took their places. The Daughters of the American Revolution were at the end. As the parade reached the corner of G and the Fifteenth Street, business men hurried out of a hotel.

Police held back people and cars from interrupting the walk. Seeing the elegantly dressed men and women in the street, a gentleman asked, “Officer, what is this?”

The response was, “The Sons and Daughters of the Revolution.”

In one motion, that same man doffed his hat. All down the street, man after man followed suit as the men and women passed. Until all in the procession passed, no hats returned to their respective heads. It was a tribute to not only those who walked the streets of Washington, DC, but also for the memory of those who fought during the Revolutionary War. (from First “Safe and Sound” Movement by Helen Hardin Walworth, Founder and Honorary Vice President General NSDAR)

There are no photographs of this scene, but in my imagination those doffed hats respectfully speak to both the past and the future of our nation.

Golf has been dubbed the gentleman’s sport. I grew up in a family of golfers and was privileged to attend the Master’s on several occasions. There is something about how the golfers greet their fans as they walk up the fairway. Standing to their feet and loud clapping greet the golfers, and the players respond with a doffed cap or visor.

Albert Einstein said, “I speak to everyone in the same way, whether he is the garbage man or the president of the university.”

No, doffing one’s hat is neglected in society these days, but respect is always in fashion.