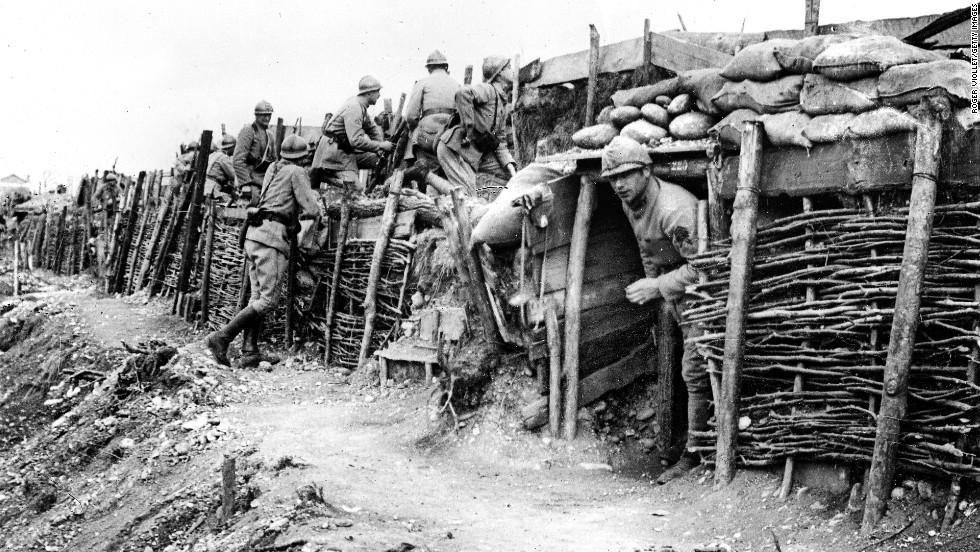 Germany invaded neutral Belgium on August 4, 1914, as part of a planned attack on France. By nightfall, Britain had joined the war.

The war was not expected to last long. Instead of weeks, the continent was plunged into unknown hardship and misery of World War I for more than four years.

Roughly 10 million soldiers lost their lives in World War I, along with seven million civilians. The horror of the war and its aftermath altered the world for decades, and poets responded to the brutalities and losses in new ways.

Just months before his death in 1918, English poet Wilfred Owen famously wrote, “This book is not about heroes. English Poetry is not yet fit to speak of them. Nor is it about deeds, or lands, nor anything about glory, honour, might, majesty, dominion, or power, except War. Above all I am not concerned with Poetry. My subject is War, and the pity of War.”

At age 25, Wilfred Owen was killed in battle, fighting for his country in France on November 4. His parents received word of his death on Armistice Day, November 11, 1918. With his words, he paints the nightmares he encountered.

Knock-kneed, coughing like hags, we cursed through sludge,
Till on the haunting flares we turned our backs,
And towards our distant rest began to trudge.
Men marched asleep. Many had lost their boots,
But limped on, blood-shod. All went lame; all blind;
Drunk with fatigue; deaf even to the hoots
Of gas-shells dropping softly behind.

Gas! GAS! Quick, boys!—An ecstasy of fumbling
Fitting the clumsy helmets just in time,
But someone still was yelling out and stumbling
And flound’ring like a man in fire or lime.—
Dim through the misty panes and thick green light,
As under a green sea, I saw him drowning.

In all my dreams before my helpless sight,
He plunges at me, guttering, choking, drowning.

If in some smothering dreams, you too could pace
Behind the wagon that we flung him in,
And watch the white eyes writhing in his face,
His hanging face, like a devil’s sick of sin;
If you could hear, at every jolt, the blood
Come gargling from the froth-corrupted lungs,
Obscene as cancer, bitter as the cud
Of vile, incurable sores on innocent tongues,—
My friend, you would not tell with such high zest
To children ardent for some desperate glory,
The old Lie: Dulce et decorum est
Pro patria mori.

Notes:
Latin phrase is from the Roman poet Horace: “It is sweet and fitting to die for one’s country.”

The silence screams, as this video declares Armistice Day in 1920 with the burial of Britain’s Unknown Soldier.

We must never forget the sacrifices of those who have fought for our country.