RSS Feed
← “Dulce Et Decorum Est”
“I am prepared for the worst but hope for the best.” (Benjamin Disraeli) → 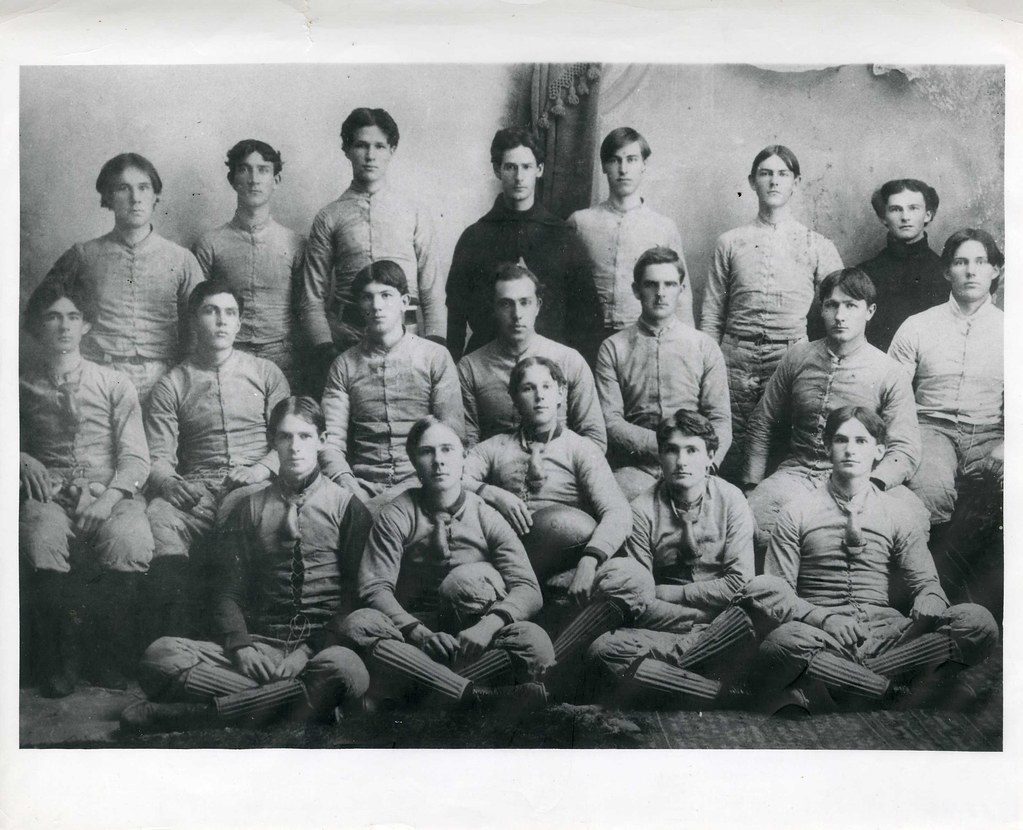 A typical October day in Columbia, South Carolina, with a slight wind rustling the leaves in the leaves and on the ground, but this third Thursday was different. It was Big Thursday, and football was king, even though it was a new game. Because the horse races in the afternoon were a popular event, they played early. Twenty-five cents was the cost of those tickets.

The State Fair, with all its fun, food, entertainment and contests, took second fiddle once again. Unbelievably, across the state of South Carolina, every school, business, and company have closed their doors. A vacation day was declared for the football game between USC and Clemson. At this time, South Carolina was known as the Jaguars and Clemson as Ploughboys.

Not only was Big Thursday a holiday, but it was also a fashion show. Ladies were dressed in their Sunday-best with the accouterments of hats, gloves, and jewelry, and the men sported their best suits, ties, and hats. Husbands and boyfriends bought corsages for their ladies.

“A combination of a country picnic, Old Home Week, a state fair and a Roman holiday” was how Wilton Garrison, former sports editor of The Charlotte Observer, once described Big Thursday.

The excitement was palatable; everywhere in the city were smiling faces and laughter. Children raced around their parents, as they walked to the fair grounds. Picnic baskets were packed to the brim with fried chicken, potato salad, cookies, and cakes. Tailgates were all over town, and many were using blankets as tables.

For Clemson, the week began with a Tuesday night rally on the campus. Then the following morning, the corps of cadets took a train to Columbia. Until 1955, Clemson University was an all-male college, and all-military until 1957. The military marched with rifle and bayonet from the train station to camp at the fairgrounds.

The cadets pitched tents, watched the freshman teams duel on what was called Little Wednesday, and planned for Big Thursday. If Clemson won, the cadets celebrated with a weekend leave for all. If there was a defeat, the cadets left on a midnight train that night and proceeded to Friday morning classes.

The first Big Thursday was in 1896 when Clemson Agricultural College started their football program. There was already rivalry between the two schools. The administrators of both schools saw this as an opportunity for bragging rights in a new way. For those who couldn’t attend this game, it was broadcast on the radio.

South Carolina College won the very first Big Thursday Game, 12-6. After that, Clemson won four straight games leading up to the Brawl of 1902. All over Columbia, there were fights that year because of a poster that Clemson took major offense to. That poster pictured their new mascot Cocky leading a Tiger by the tail. To keep the peace, the poster was burned, and the game suspended for seven years.

USC and Clemson played 57 Big Thursday games between 1896 and 1959. They were all in Columbia, with the Tigers holding a 33-21-3 advantage. The Big Thursday tradition ended after the 1959 game, when Clemson decided it was unfair for all of these morning games to be played in Columbia. Up until then, not even the events of World War I or World War II interfered with South Carolina football.

After 20 years as the Clemson football coach, Frank Howard tells Columbia good by.

“In South Carolina, it is unpardonable for a red-blooded citizen to be neutral on Big Thursday. On that momentous day, by decree of State law and with the State Fair as a backdrop, Clemson College (enrollment 3200) fights it out on the football field with the University of South Carolina (enrollment 4000). As usual last week, schools closed down and politicians scurried back from Washington as citizens began working themselves in the mood for the 47th annual [sic] battle.”

Don Barton’s book, Big Thursday and Super Saturdays, is a wealth of stories on the history of Clemson/Carolina football.

Whether on radio, live streaming, television, or attendance at 7:30 this Saturday night, the Clemson Tigers and the Carolina Gamecocks will meet once again to see who has football bragging rights for 2016. Enjoy!