RSS Feed
← Sale on Versailles Road
Mother of a President → 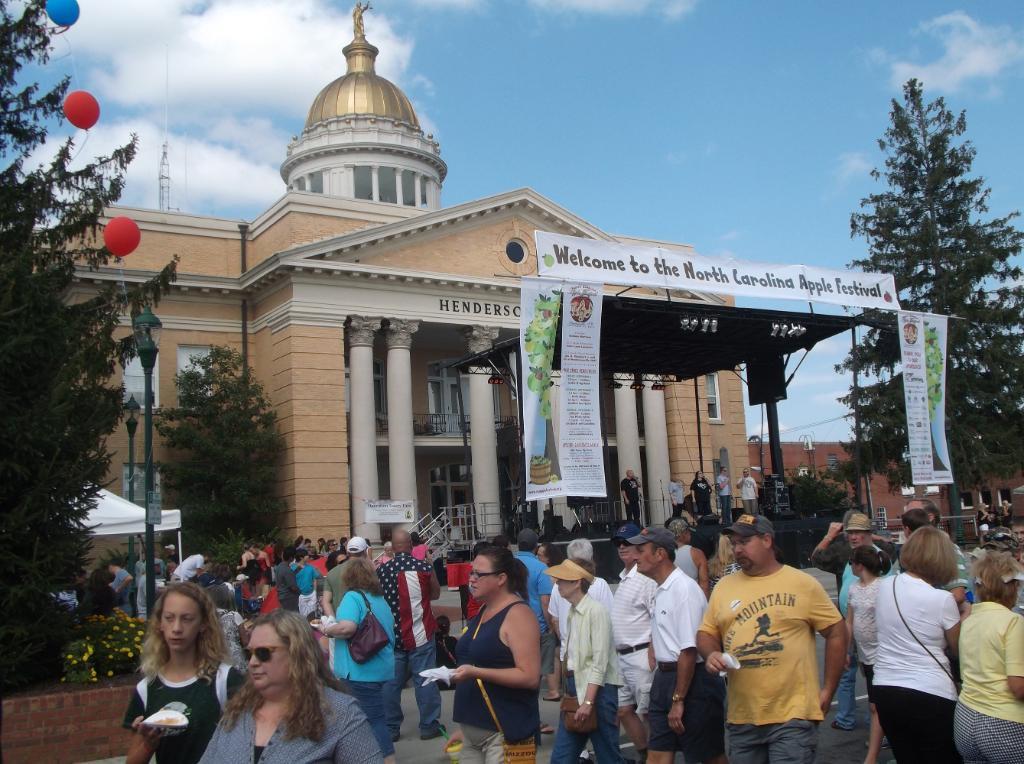 There is nothing like watching a parade from the curb of Main Street. The floats, antique cars, and bands mesmerized us. Each blast from the band, waves from those in cars, and the laughing clowns were within touching distance of my brother and me at the annual Hendersonville, NC Apple Festival Parade.

Since our grandparents and great grands lived in the town, Labor Day was always the destination for this holiday. The parade was in the afternoon, but there was lots to see in the meantime.

Apples were everywhere. Local growers and orchard owners anchored every corner along Main Street, selling everything from apple cider and apple turnovers to apple pie and apple ice cream to candy apples. It was apple heaven, and we loved it.

This hometown celebration was a highlight of the year. It was all about fun! The city closed the streets and opened them to vendors and foot traffic. Restaurants, antique stores, McFarland’s Bakery, and boutiques opened their doors to invite the public in.

Each year, more and more people celebrate the weekend there. Whereas it was once one day, now it is four days. 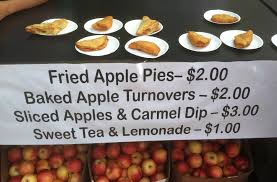 Apples are one of the most important agricultural crops grown in Henderson County, NC. In fact, they generate an average income of 22 million dollars each year! The NC Apple Festival celebrates Western North Carolina’s rich agricultural history and the great apple harvest which takes place each autumn. It features arts and crafts, free entertainment, and all of the things that we love about autumn in Western North Carolina. 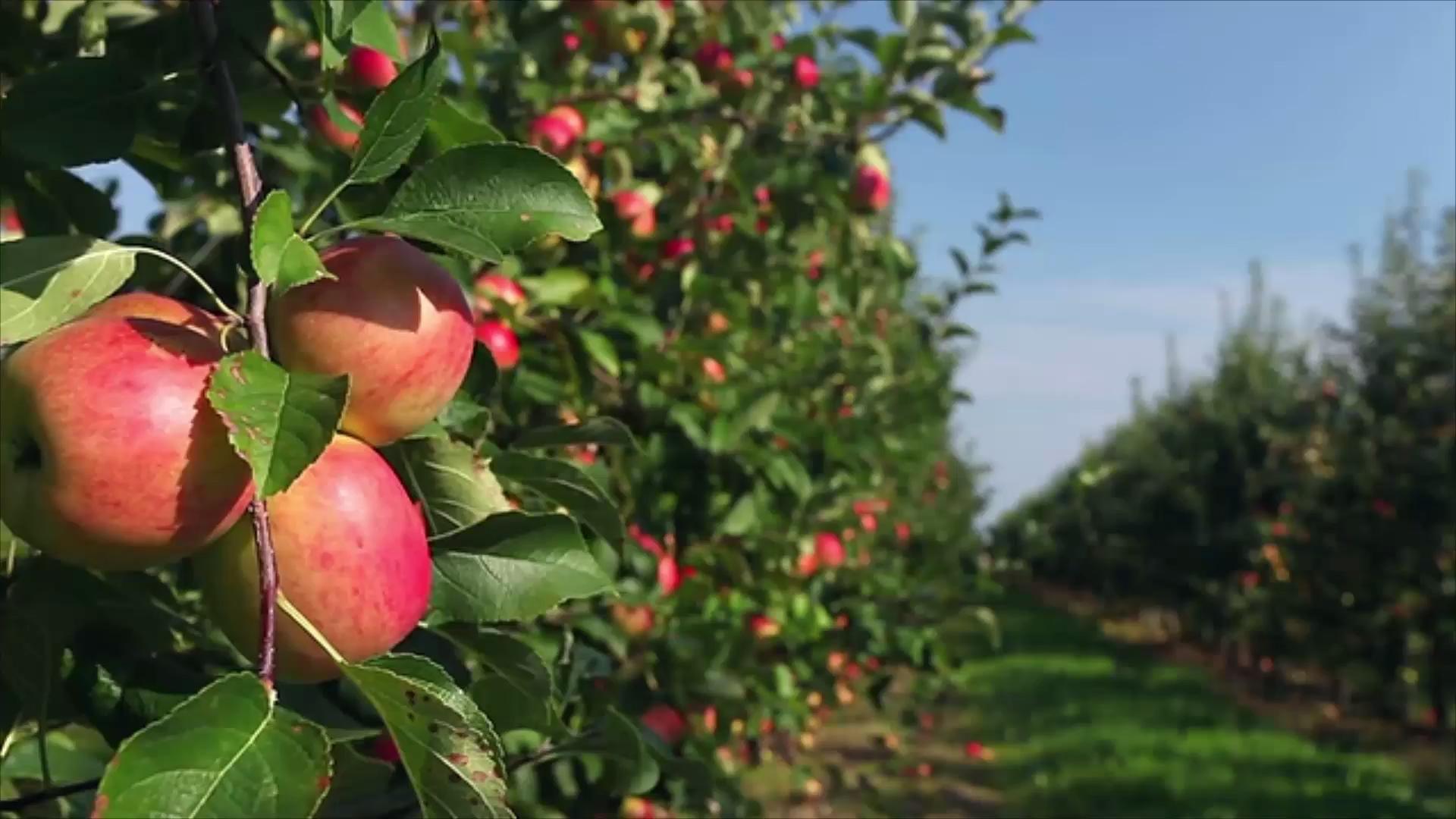 The 2018 NC Festival kicks off on Friday, August 31, with live entertainment by the Buddy K Big Band. If you love swing jazz and the music of Les Brown, Count Basie, and Glenn Miller, then you need to check out this dynamic group! On Sunday, September 2, you can look forward to the smooth sounds of Atlanta Pleasure Band with covers from Motown to Downtown.

Peel and slice apples. Add lemon juice and toss. Sprinkle some of sugar and cinnamon in bottom of crust. Add 1 tablespoon of cornstarch. Put half of apple slices in crust. Add half of sugar, cinnamon, nutmeg and 1 tablespoon cornstarch. Repeat layering of apples, sugar, cinnamon, nutmeg and cornstarch. Apples will pile high in crust. Dot with butter. Top apples with second crust. Seal crust. Cut vents in top. Bake 50 to 60 minutes or until done. Yield: 8 generous servings. 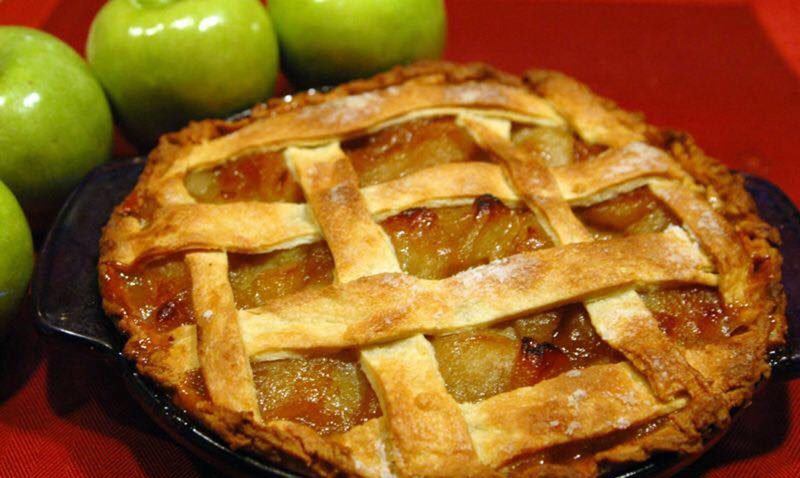 For sixty years, visitors to downtown Hendersonville have enjoyed a weekend of celebrating the changing of the seasons. Since 1946, Hendersonville has bidden farewell to summer and welcomed apple season with the N.C. Apple Festival.

The event owes its longevity to the continued significance of the apple-growing industry to Henderson County. As noted on the festival’s website, the fruit has been influential in the area since the 1700s, and the region currently has about 200 growers, accounting for 65 percent of the apples harvested in North Carolina. Annually, the industry brings an average of $22 million to the region.

In case you are wondering, we will go to the Apple Festival again this year, and no, I won’t sit on the curb to watch the parade. But we will buy apples, and there will be an apple pie in my oven next week.

“An apple tree is just like a person. In order to thrive, it needs companionship that’s similar to it in some ways, but quite different than others.”
― Jeffrey Stepakoff