Mother of a President 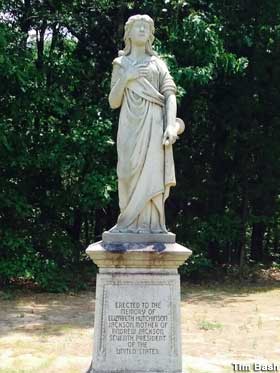 Elizabeth Hutchinson Jackson lived close to the Camden-Salisbury Road in the Waxhaws during the Revolutionary War. Because of her home’s proximity to this busy trek, she met many who traveled to and from Charles Town. News from the war, as well as participation in it, became a routine way of life. Rather than focusing on the seasonal farming of their livelihood, hostilities assaulted their tranquility.

Fighting and battles became the new normal, as the British moved troops to control the colony of Carolina. Men, women, and children all did their part and bore the scars. 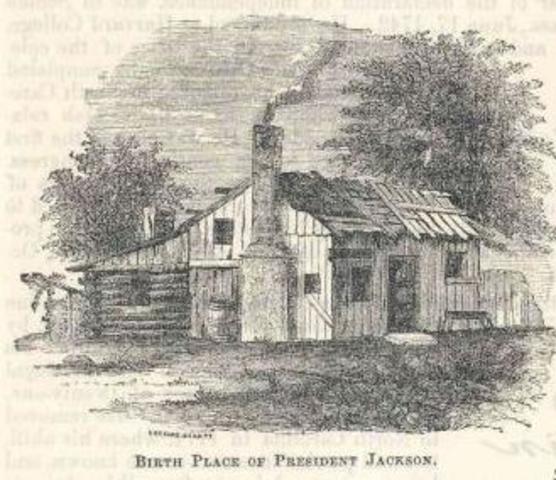 Her brother-in-law fought and survived the Battle of Sullivan’s Island. In May, 1780, she nursed the wounded and dying from the Battle of Waxhaws where Banastre Tarleton earned his name Bloody Ban. Her oldest son Hugh, at age sixteen, died at the Battle of Stono Ferry. She relentlessly sought and gained the release of her two younger sons, Robert and Andy, from the British Camden prison. Robert then died from the small pox he caught at the jail. She continued to play a heroine’s role in this war when she left to nurse her nephews on one of the British prison ships in Charles Town’s harbor, and she was buried in an unknown grave after contracting disease from the prisoners.

Setting an example of fortitude and bravery for her family and community, Elizabeth never wavered in making both arduous and costly decisions. Whether it was to board a ship in Ireland with her husband, as well as an infant and two-year-old, to travel to an unknown world or to intentionally travel to a plague-ridden, sea-water jail, this heroine met her life challenges.

Elizabeth’s life story will confront you.  As you read about her demanding life in colonial and Revolutionary War South Carolina, I think Elizabeth’s life will captivate you, as she did me. She was one of many ordinary women who lived extraordinary lives.  A story-teller and staunch Scotch-Irish Presbyterian, she lovingly took care of her family. Sharing hospitality to both friends and strangers was not a chore, and her home was one of welcome. 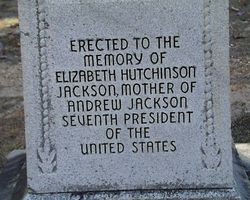 I recommend reading Elizabeth Hutchinson Jackson’s fictionalized biography. There are more details about the Revolutionary War in South Carolina than in my other two. This character-driven book shares the every- day life of a woman who defends her hearth and home in the cause of freedom and liberty.

Elizabeth’s life so dared me.